It’s no secret that the internet has changed the way we communicate. In the past, if you wanted to share your thoughts with the world, you had to write a letter to the editor or get a spot on a talk show.

But now, anyone with an internet connection can start their own vlog or blog and reach a global audience. But what’s the difference between blog vs. vlog and which is more in-demand nowadays? Let’s see!

Blog vs. Vlog: The Definition

If you’re like most people, you probably use the internet for one of two things: to either read blogs or watch vlogs. So how do those two differ? Without further ado, let’s define vlog and blog and see what opportunities they offer.

What Is a Vlog?

What does vlog stand for? A vlog, short for “video blog,” is a type of blog that focuses on video content. Yes, the vlog definition is that simple. So what is vlogging, and who are vloggers? Vloggers are people who vlog—use videos to document their lives, share their thoughts and feelings, or provide information and instruction on a particular topic.

While vlogging has become increasingly popular in recent years, it’s still a relatively new medium. As a result, there are rules about how to vlog. Some famous vloggers film themselves talking to the camera, while others prefer to use animation or other creative visuals. Some vlogs are professionally produced, while others are more raw and unedited.

The most important thing is to be yourself and have fun. After all, that’s what vlogging is all about!

What Is a Blog?

A blog is a personal web page where individuals share their opinions, information, and experiences. The term “blog” is short for “weblog.” A blog typically contains text, pictures, and links to other websites and is updated regularly—sometimes daily—by its author.

Blogs are typically written in a casual, conversational style and are meant to be read by other people. Although early blogs were simply online diaries, they have evolved into sophisticated platforms worldwide used by millions of people. Today, you can blog on every topic imaginable, from parenting and fashion to politics and food.

The Difference Between Blog and Vlog

Do you want to share your thoughts and ideas with the world through written words, or do you want to share them through video? That is the question that many people ask themselves when starting a blog or vlog. This section will contrast the two formats and help you decide which one is right for you.

One of the most significant differences between vlogging vs. blogging is the time commitment required. Blogging can be as simple or as time-consuming as you want it to be. You can write a short blog post in just a few minutes or spend hours writing a detailed article. Or you can hire guest writers. Plus, you can edit blog posts quickly and easily, and you can make changes to your blog at any time.

On the other hand, vlogging requires more time and effort, especially if you’re making daily vlog content. Planning, filming, and editing a video takes more time than writing a blog post, and you will also need to spend time (and money) marketing your vlog content.

Blogging requires very little investment, as all you need is a computer (some platforms allow smartphone blogging) and an internet connection. However, vlogging requires more equipment, such as a camera, microphone, and editing software—and those are not free.

Though the monetization of different types of online content is similar, there are a few key ways blog vs. vlog differ when it comes to monetization. First, blogs are often monetized through advertising and affiliate marketing, while vlogs are more likely to be monetized through sponsorships or product placement. That said, there are still no strict rules. We’ll discuss the difference between vlog and blog regarding earning potential.

How to Make Money Vlogging and Blogging?

When it comes to blog vs. vlog income potential, both are great ways to make money. You can do it either full-time or part-time, and you don’t need any particular skills or experience. All you need is a passion for your topic and a willingness to share your knowledge with the world. So, here’s how to make money doing it.

Advertising works a little differently in blogs and vlogs. In the case of blogs, advertising is the most profitable (and it’s easier to get deals) if you have a popular blog with lots of traffic. Some blogs feature video ads, while others show banners.

And how do vloggers make money through ads? Since vloggers typically post on YouTube, they can utilize AdSense. AdSense is an intelligent way of showing ads relevant to your audience. However, the price that different advertisers will pay varies.

You can find products relevant to your niche and promote them through your blog or vlog. When someone clicks on your affiliate link and makes a purchase, you’ll earn a commission.

Bloggers and vloggers can make money through brand deals and sponsorships—posts or videos that feature a specific product or service. Brand deals can be a great way to make a buck, but it’ll only work with brands relevant to your niche.

Bloggers can also sell products, consulting, or other services through their blogs. This could be anything from online courses and e-books to physical products, like jewelry or clothes.

Vloggers usually sell merchandise, such as T-shirts or mugs, featuring their channel logo or name. Merchandise is an excellent way for vloggers to connect with their audience and generate additional income.

All in all, selling something, be it digital or physical, is a great option for generating passive income.

Is Vlogging Profitable in Other Ways?

We’ve seen the common ways a blog or vlog can make money. But are there ways of earning that vloggers can dip into and bloggers can’t approach? Yes, there are!

Superchat is a feature on YouTube that allows viewers to donate money to their favorite channels. Superchat represents an additional means of income, and to your followers, that means the chance to be seen and for their message to be displayed on top of your chat. How long it will stay there depends on the donation.

YouTube channel memberships give viewers access to exclusive content, such as behind-the-scenes footage, early access to new videos, and discounts on merchandise. In return, members get to show their support for their favorite creators. This stream of income trumps the blog vs. vlog game in favor of vlogs.

By setting up a page on Patreon, vloggers can offer exclusive content to their patrons, who are essentially voluntary subscribers. In return for this exclusive content, patrons can pledge to give the vlogger a certain amount of money per month.

YouTube has become one of the most popular websites on the internet. It’s a great way to watch videos of all kinds, from educational content to comedy sketches. But what’s the difference between a YouTube channel and a vlog?

Well, you already know the vlogging definition. So, a vlog is a type of content, while YouTube is a platform that hosts vlogs and other kinds of video content.

How Much Can You Make Blogging vs. Vlogging?

Which one is more lucrative? Well, it depends. Blogging can be a great way to earn a passive income. You can make money through advertisements, affiliate links, and sponsorships. If you have a large enough follower base, you can even get paid to write sponsored posts. If you like to see concrete figures, the average blogger salary in the US is $50,403.

Vlogging, on the other hand, is a bit more hands-on. You can make money through YouTube ads, Superchat, channel membership, Patreon donations, and product sponsorships. But you’ll need to put in more work to grow your audience and build your brand. On average, a vlogger stands to make $83,916 a year, according to ZipRecruiter. Some famous vloggers make even more!

Blog and Vlog: Which Is More Popular

In the internet era, it’s no surprise that people are turning to the web for entertainment. Whether it’s reading a blog or watching a vlog, there’s a seemingly endless amount of content to consume. But which one is more popular—blog or vlog? It’s hard to say for sure.

While there are plenty of successful bloggers out there, vloggers seem to be having a moment in the spotlight. Thanks to platforms like YouTube and Instagram, anyone can be a vlogger, and many people are using these platforms to build an audience.

Of course, not everyone is interested in being on camera, so blogging still has its place. In the end, it comes down to personal preference. Some people prefer to read about someone’s life, while others would rather watch and have a more personal experience.

Blog vs. Vlog: Our Takeaway

There’s no denying that blogging and vlogging are the favorite pastimes of many. However, there are advantages and disadvantages to both. It also depends on the person’s preference. If you have strong writing skills but are shy in front of the camera, a blog might be more up your alley. On the other hand, if you’re all about being the center of attention and enjoy doing, showing, and explaining stuff, go with vlogs.

Whatever you choose, you can make money if you stay diligent.

What Is Local SEO?

What Is Outreach: All You Need to Know

The Ultimate List of Best SEO Books to Read in 2022

How to Fix Broken Links

Entrepreneurship Statistics: Is 2022 the Year to Start Your Own Business?

Organic vs. Paid Search—Which One Is a Better Investment in 2022?

How Do Metasearch Engines Work?

Blogging Statistics to Get You Writing in 2022

CRO Statistics to Boost Your Sales in 2022

How to Perfect Your Image SEO Strategy in 2022?

SSL Stats for Secure Browsing in 2022

How Many Websites Use WordPress in 2022?

How to Optimize for Voice Search: Best SEO Practices in 2022

How to Determine and Calculate ROI on SEO in 2022?

You Can’t Put a Price on Reliability: Why SerpWatch Rank Tracker Was One of Our Best Decisions of 2020 [Case Study]

How We Saved 10+ Hours a Week with SerpWatch [Case Study]

How a Good Local Rank Tracker Can Help Your Business 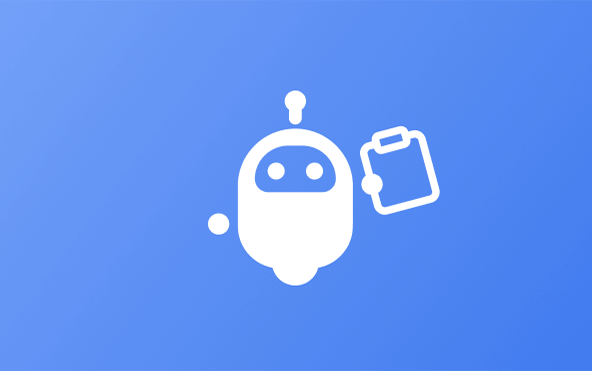 Why You Need Keyword Search Volume in the SerpWatch Rank Tracker

Why SerpWatch Is Exactly What You Need for Mobile Rank Tracking

The Perfect Rank Tracker for Your Enterprise

Why SerpWatch Is Perfect for Agency Rank Tracking